Step into the realm of the videogame in a series of playful and immersive installations that will take you on a journey through new sonic landscapes and exciting kaleidoscopic worlds.

With its global premiere at ArtScience Museum Virtual Realms: Videogames Transformed pairs six of the world's most acclaimed videogame developers with six leading media design studios to create a series of large-scale, immersive installations. By moving videogames from the screen to the museum gallery this exhibition presents 21st century game design as a unique form of contemporary art.

Game developers at the centre of the exhibition are KOJIMA PRODUCTIONS (makers of the hit videogame DEATH STRANDING), Enhance (Tetsuya Mizuguchi and team behind Rez Infinite and Tetris Effect), thatgamecompany (authors of the meditative games Sky: Children of the Light and Journey), Tequila Works (the studio that made Deadlight and RiME), Media Molecule (makers of LittleBigPlanet and Dreams) and David OReilly (artist and creator of the games Everything and Mountain). Each developer has partnered with a different media artist or design studio including: Rhizomatiks, FIELD.IO, The Mill, Marshmallow Laser Feast, onedotzero and The Workers to create six new commissions each driven by a distinctive theme: SYNESTHESIA, UNITY, CONNECTION, PLAY, NARRATIVE, EVERYTHING.

Virtual Realms: Videogames Transformed is curated and organised by the Barbican, London with the celebrated game designer Tetsuya Mizuguchi as guest-curator.

The exhibition is a co-production with ArtScience Museum, Singapore and Melbourne Museum and is made possible with the support of HP Inc., Vicon, Epic MegaGrants and London Symphony Orchestra. 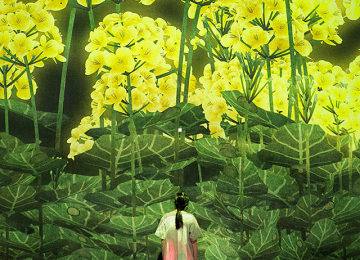 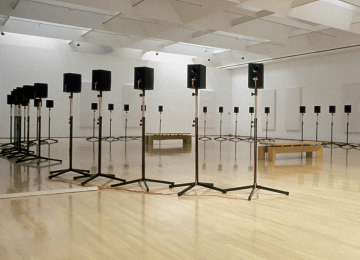